We are in the process of constructing five metro stations in Sydhavn. The stations will be an extension of the metro line M4, which goes to Nordhavn.

When the metro stations in Sydhavn open in 2024, the southern part of Copenhagen will be connected to the metro system, and an even stronger public transport network is created, which should reduce congestion and increase mobility in the metropolitan area.

The metro extension to Sydhavn was approved by the Danish Parliament in February 2015. The extension will be 4.5 km long and consist of five new stations from Fisketorvet to Ny Ellebjerg. The five stations will be part of a new metro line that goes through the Inner City and ends in the Nordhavn extension.

Five new stations
The extension will consist of five underground stations that will be situated at Fisketorvet, at Enghave Brygge, at Sluseholmen on Mozarts Plads and at Ny Ellebjerg. 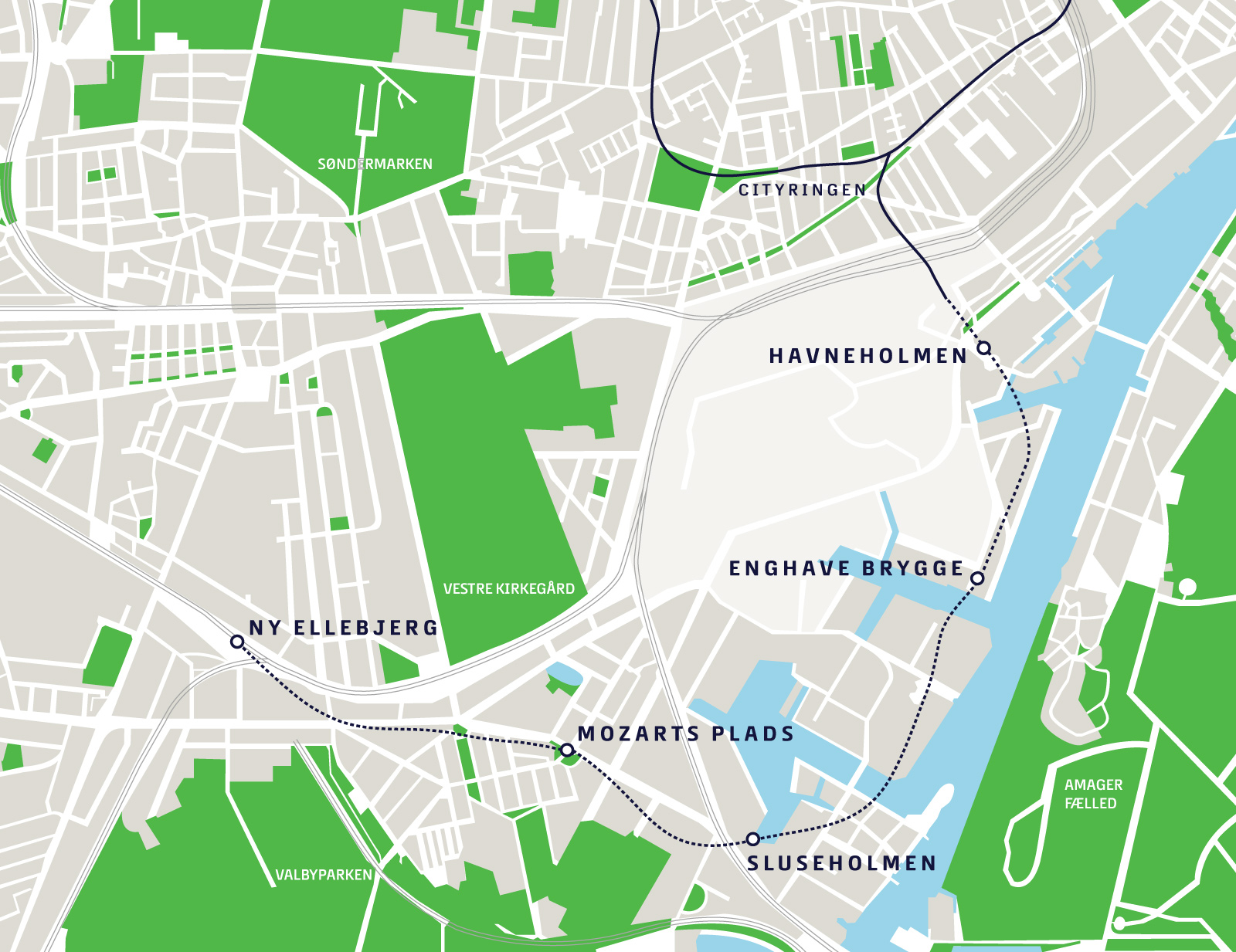 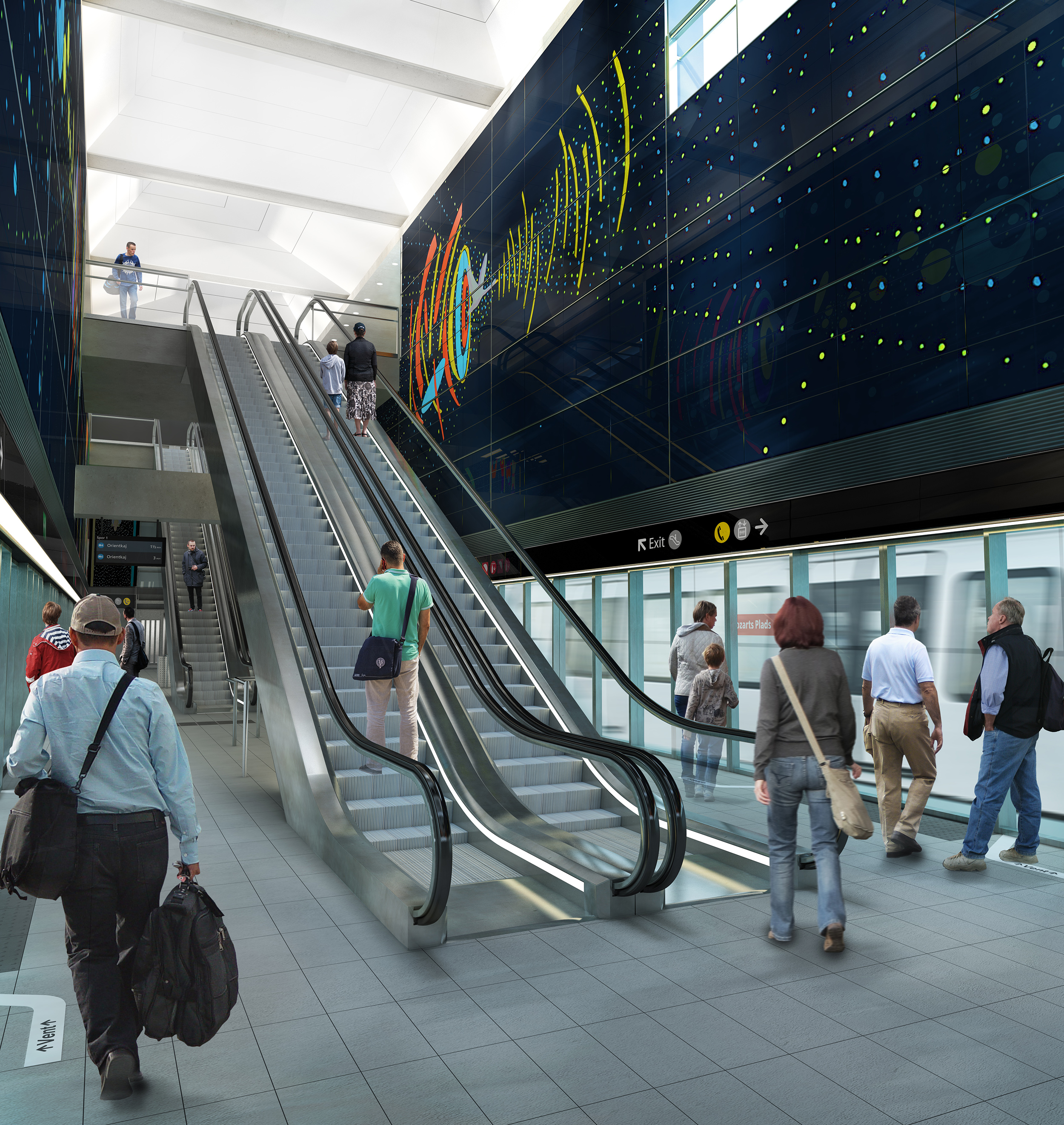 At the future metro stations in Sydhavn, art moves down into the station room itself and becomes an integral part of the architecture.

It is the first time that art will be incorporated into the building from the very beginning, and the Danish Arts Foundation has selected five renowned artists to create works for the metro stations.

The works have been realized with financial support from the Obel Family Foundation and Villum Foundation, while the Danish Arts Foundation was responsible for an initial idea competition with 10 invited artists and on that basis selected the five artists to create works for the stations.